It was created out of service to the Italian Navy, and it continues today as a reliable, elegant brand. In 1936 Italy, watchmaker Giovanni Panerai opened his shop in Florence. The Italian Navy needed high precision instruments and the Radiomir was the watch to do the job. The Radiomir had a radium-based powder giving luminosity to the dials. The Italian Royal Navy used the patented device until 1993.

Through the decades, the Navy’s requirements became more specific and Panerai stayed one step ahead with technological innovations. As World War II intensified through the 40s, Panerai continued to build the watches to withstand extreme conditions for long periods of time. Numbers became more readable and the internal mechanisms were made stronger. Underwater visibility was a key component, so the dial has just 4 large numerals at the cardinal points and a series of indices between.

In 1956, the precision and reliability of Panerai watches were known around the world and the Egyptian Navy began purchasing a Radiomir watch known as the Egiziano, again improving the water resistance and ability to calculate immersion time.

As time went on, the Panerai family business was passed on to engineer Dino Zei (along with the military contracts and secrets) and the company became known as Officine Panerai S.r.L. Between the early 70s and early 90s, the company would continue to supply the Navy with better, stronger, and more reliable watches. Then, in 1993, the general public got a small taste of the quality that was only known to the military with the release of the Luminor, the Luminor Marina, and the Mare Nostrum. In just 4 short years, Panerai became a major player in the world watchmaking market.

What was once a specific watch for use only in the Royal Italian Navy, quickly became a popular favorite, and in a short amount of time, Officine Panerai was opening boutiques and new manufacturing facilities. In 2009, Officine Panerai acquired and restored the Eilean, the 1936 Bermudian ketch built in Fife’s legendary shipyard. And as recently as just a few years ago, Panerai returned to their roots and brought out the Radiomir 1940 Minute Repeater Carillon Tourbillion. Today there are four main lines from Panerai.

The legend that started it all in the 1930s. It still sports the thick case required by the Royal Italian Navy. The wire loop strap has been replaced by solid monobloc construction, and the gold used is a special alloy that has a specific amount of copper which accounts for the reddish hue. The copper helps prevent the metal from oxidizing. 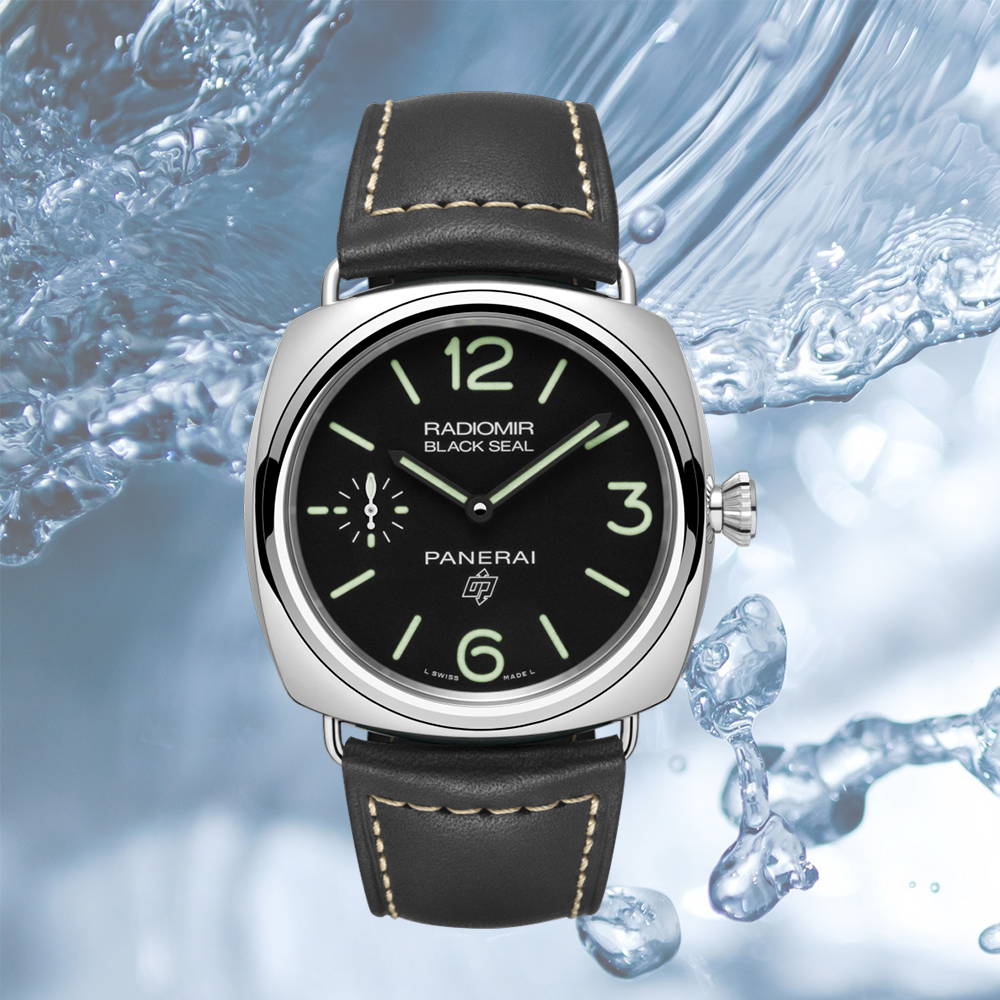 From the 1950s comes the next stage in the evolution of Panerai. The major change is in the crown-protecting device with a lever which ensures water-resistance, protecting it from shocks and unintentional manipulation under extreme conditions. Another addition was the cushion-shaped case and its wide, flat bezel. 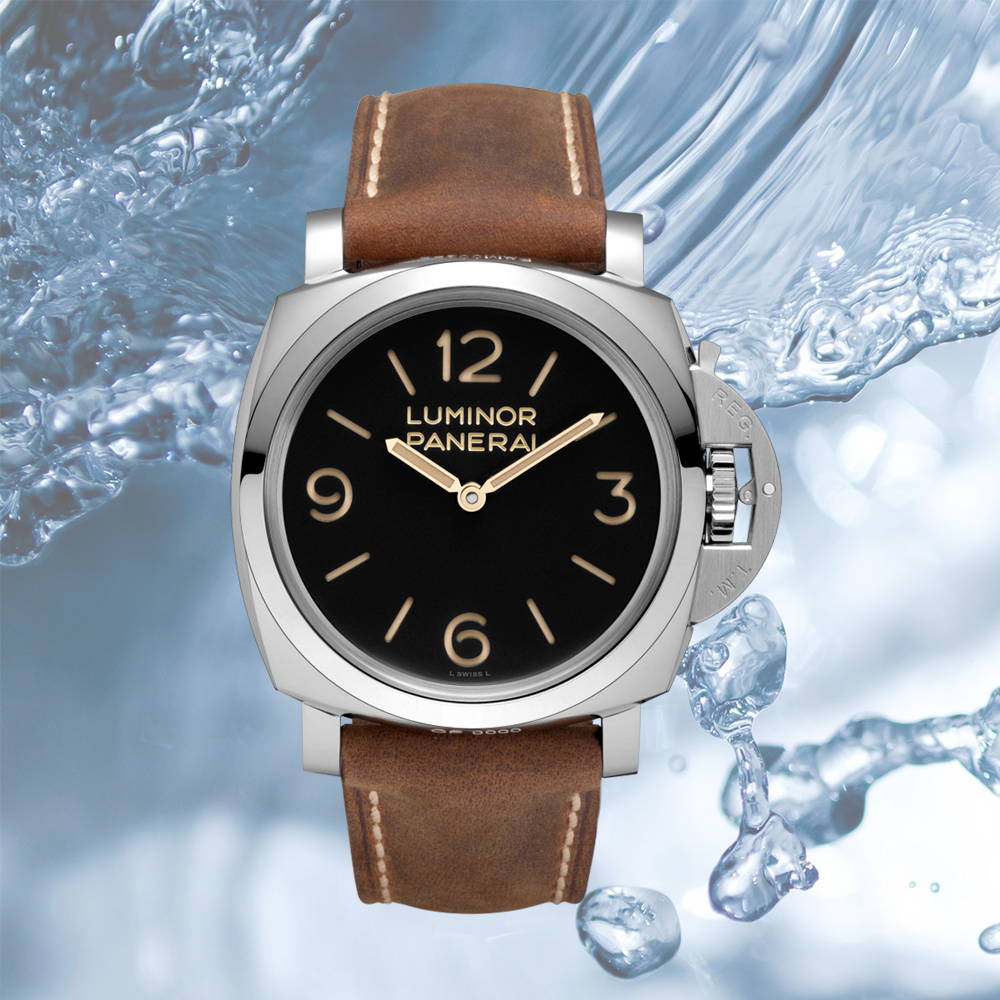 Subtle redesigns were made to emphasize the versatility of this watch which brings together the opportunity to wear it while on sporting adventures or elegant evenings out. AISI 316L 1.4435 stainless steel is Officine Panerai’s way of keeping the watch both resistant to corrosion and hypoallergenic to make it ideal for contact with the skin. 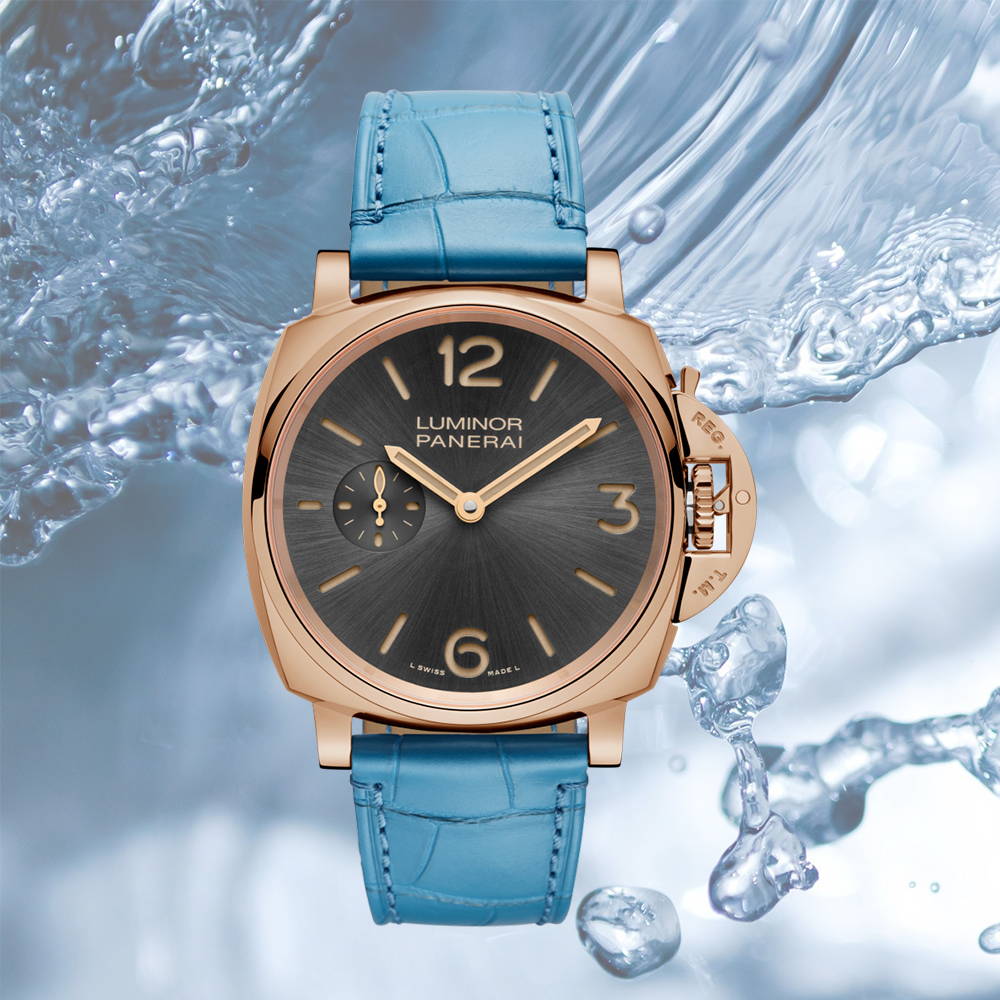 This watch was a surprise to the world in 2011 when they created a watch case made of bronze. Over time, the material acquires a patina, giving a unique character to each timepiece. Bronze is deeply connected with the history of Panerai and it reinforces the brand’s connection with the sea. As it changes over time, each wearer can rightfully claim they have a one-of-a-kind watch. 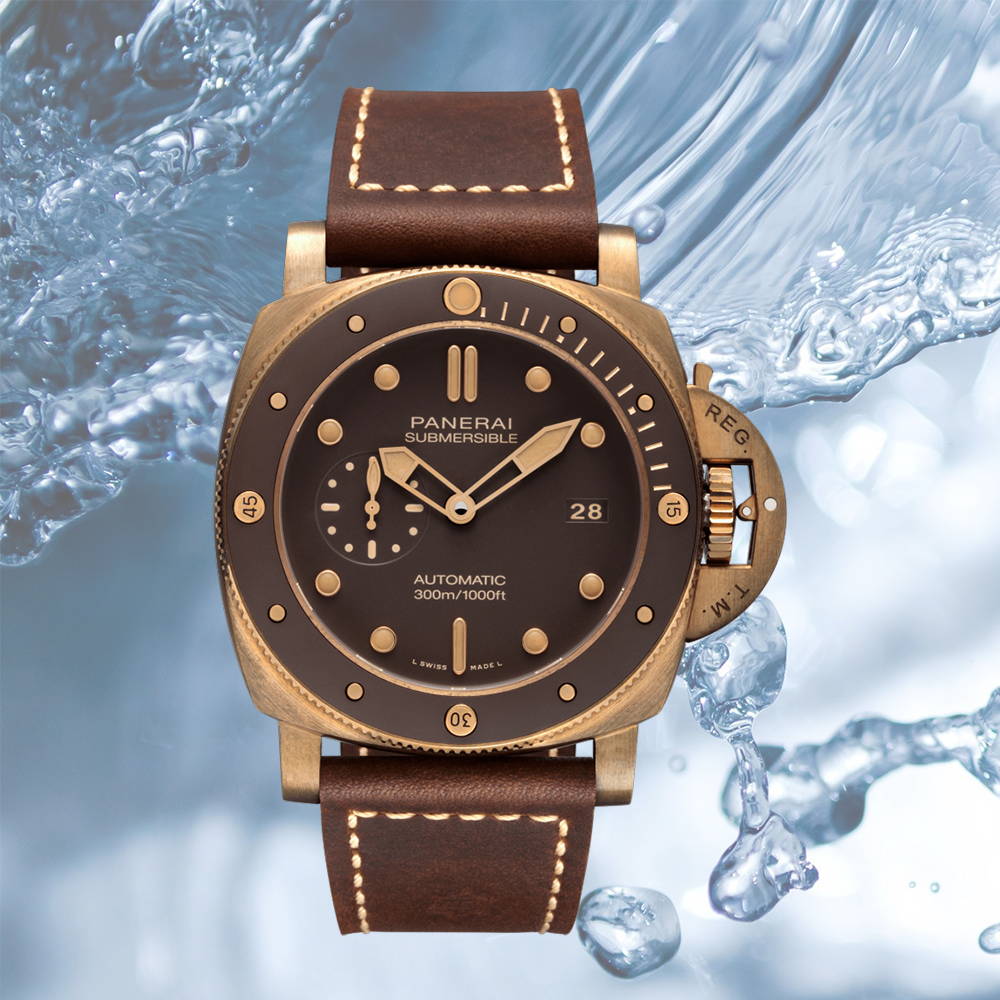