Acid wash jeans. Popped collars. Suits with big shoulder pads. Two-tone wristwatches. For many, these are relics of the 1980s that should gladly be left there to wither away into the realm of “what were people thinking”. However, maybe not so fast, as the old saying goes, “everything comes back around”, and currently two-tone watches are having a major renaissance. Let’s take a look at the history behind two-tone and what is sparking this re-found interest in a style associated with all things 80s.

Most people have strong opinions around two-tone jewelry, they love it or they hate it, and the same can be said for two-tone timepieces. The two-tone style came into vogue with a major boom in popularity during the 1980s. Two-tone watches quickly became associated with 80s finance culture and stock traders who showed off their wealth, leaving many with a negative perception associated with the time period and the two-tone watch. The creation of the two-tone timepiece however, was rooted in observance and not excess. Watchmakers saw two-tone as an opportunity to increase the value and prestige of their product by including gold with stainless steel, without the exorbitant cost of a purely gold timepiece. The price of a two-tone piece was part of the mass appeal. While an all-gold timepiece may cost $25,000 (or more), the same movement and construction in a two-tone watch could be purchased for only $7,500. This “value” led to an increase in production and purchase of the two-tone watch throughout the 1980s. 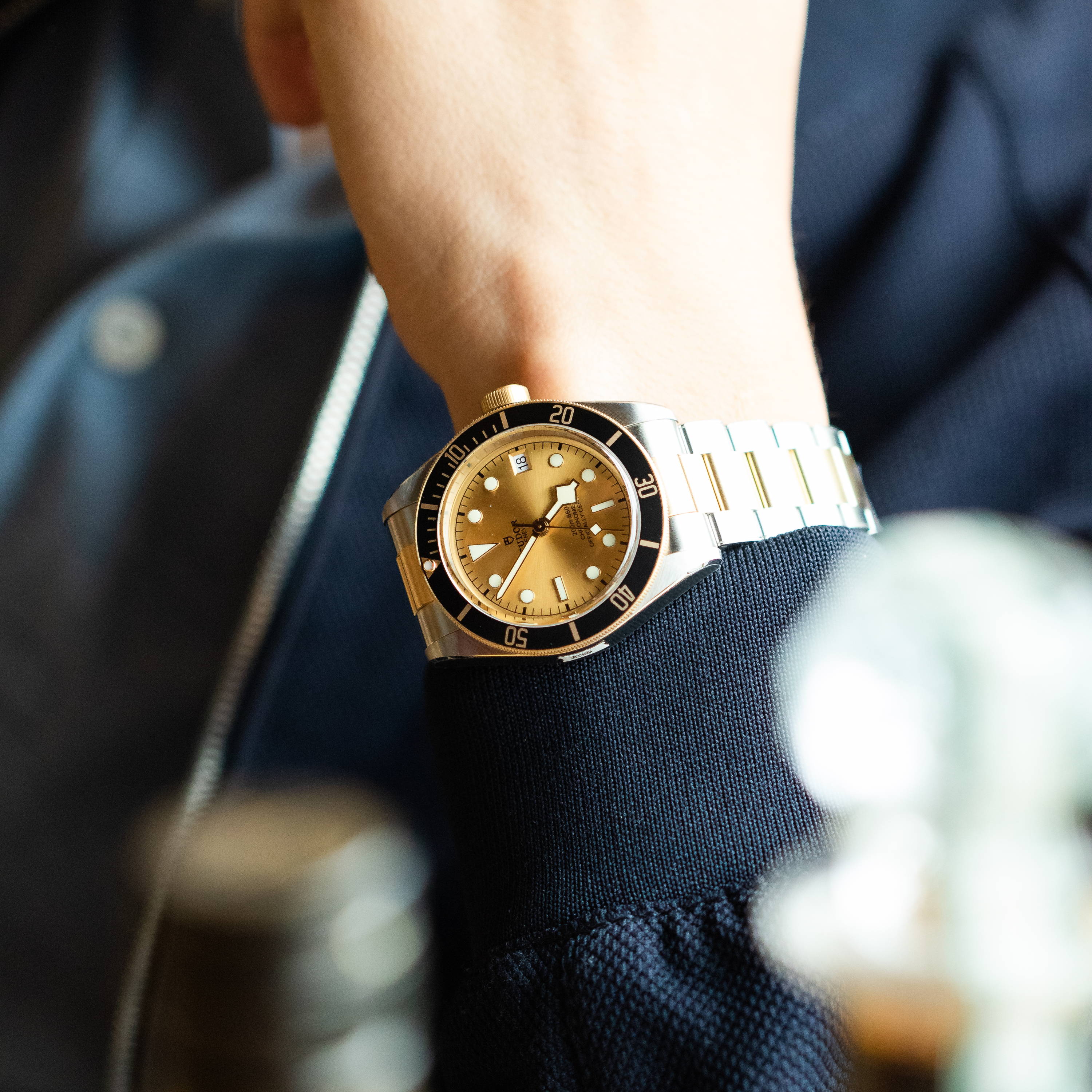 Stainless steel has maintained the role of “most-desired” metal for timepiece construction since the 80s, and as a result, the popularity of two-tone watches has diminished greatly. The association with 1980s excess and style, along with the “Yuppie culture”, caused many to turn away from the style over the last 40 years. Another argument, in the age of emerging and now omnipresent social media and advertising, is that two-tone styles are more difficult to photograph. With the rise in posting photos and creating our own “personal” style, many people have shifted to more photogenic timepieces.

Recently, many of the biggest brands have reached back into their history and pulled two-tone inspiration for modern watch models. These manufacturers are betting that enough time has passed since the 80s that new watch buyers no longer associate the two-tone with the reasons it initially fell out of favor. Additionally, the recent explosion in the vintage watch market has many looking to the two-tone as an example of a “classic” style, easily matched with multiple metals on belts, rings, and shoes. Without having to pick one specific style of gold or stainless steel, two-tone watches are enjoying a rejuvenation as a versatile look for new timepieces, with watchmakers bringing them back into their collections as more and more interest is expressed in the once ignored style.

While we can all agree that acid wash jeans should remain far away from our modern sense of style and fashion, we might be more split on the classic gold-stainless steel mix that is the two-tone timepiece. In a world where versatility and a flair for vintage style are displayed daily on social media, it might be a little early to call it a comeback, but the two-tone timepiece is definitely experiencing a renewed place in the spotlight.